Not all advice is good advice 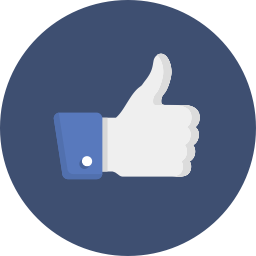 Social media – love it or hate it, it looks like it’s here to stay. I personally try to keep to a minimum the amount of time I spend in dog-related groups because of the way some individuals behave. The groups I have chosen to remain with is due to their professional and mature members.
However, after last month’s article on recall and recently visiting a client with a barking dog and hearing the information they had been given, I was prompted to go and have a look again at some local owner and breed specific groups and what I found should come with a massive health warning!
Some of the advice being offered out for free was actually scientifically sound and current good practice, but there was a lot that was, at best, ineffective and at worst, downright dangerous. The problem is that if you know no better, there is no way to tell what’s good advice and what’s not and so you will end up guessing based on what feels right for you.
What struck me most about these posts was that even though the groups had large memberships, it tended to be a fairly small number of individuals who were actively and regularly taking part.

There was also a few of what I will call ‘hot button topics’ – it appeared that if you mention any of these subjects, then lines are well and truly drawn in the sand and woe betide anybody to have an opinion that was different from some.
I also noticed that there were a lot of ‘please help’ type posts, which ranged from medical issues, to training and behaviour problems.
Now don’t get me wrong, if one of my dogs has a health issue, I take them to the vet and get professional help, but it appears the drop-in clinic of social media is where quite a few go for diagnosis and treatment. I wonder if they would go to the social media clinic if it was their child who was ill. Who knows, maybe they would.

What did sadden me is that some people were openly criticising vets and accusing them of only being interested in making money. Now, my experience of vets is that they are caring, professional individuals who have spent years studying for their chosen career and take an oath to do their very best for the animals in their care.
But not only were people happily looking for answers to medical conditions, it was the same for behavioural and training issues – people were asking for help and a number of people were merrily chipping in with their answers. In one such question, a person in reply suggested sensibly that the person should seek professional help, almost immediately somebody else replied complaining about how much they charge, but no account was taken of the fact that they may have studied for years, have got themselves professionally accredited and are running a business to pay a mortgage.
Now, I understand dog training and behaviour counselling is a little more hit and miss because it is an unregulated industry and this was pointed out by the poster who then went on to criticise a dog trainer that they had engaged to help their reactive dog, they complained it had not worked, they had charged a fortune and who had, in their words, told them to use treats and toys, when clearly he did not understand the emotional needs of their dog and that he had not even gone for a walk with them to see the problem.
I did smile ironically when the same individual then started to offer training and behaviour advice to someone in another discussion later on.
So, back to where I started, I have been working with a lovely little dog who had been rehomed with new owners and they had a problem with him barking in the car. Apart from this issue he was a perfect little dog – both people and dog friendly. The owners had sought help from a variety of sources including social media, other dog owning friends and anybody who would offer advice. They had tried several strategies to silence the dog as his barking was very loud in the car but none, so far, had worked.
As an example, they had been told by some people, (that I feel should know better), that when he barks in the car, to bang loudly on his crate and shout at him.
They had also been told by somebody else, that he was obviously anxious and stressed and this fitted with what they thought and so they decided to try products designed for anxiety.
Eventually they got so desperate that they contacted a vet who referred them on to me for help.

Now, in short, they had a lovely little social and friendly dog and as we started to go through the consult and they were telling me about everything they had been told to do and how nothing had worked. I asked if anything had changed at all. They told me that he used to be really excited about getting into the car, but now he backs away, but is okay when inside. They then asked if I would go for a ride in the car with them so I could see it for myself. Based on their description, it did not sound like he was fearful and anxious, so I was happy to agree. As we approached the car, his body language changed completely and he looked worried. This had only just recently started happening since the banging on the crate advice, when I pointed out that he was scared and the crate banging and shouting could well have contributed to this.
As soon as he was lifted into his crate in the car, he brightened up again and everything I witnessed from that moment on, was of a very excitable dog, who clearly is very, very excited about arriving at places – he had learnt to predict that deceleration and turning was predicative of good times ahead and would start to whine and bark when he noticed these predictors.

Excited car whining and barking can be a really tough issue to solve for many reasons that I will not have time to go into here, but on this occasion he would happily take treats as we drove around and this was the first time they had been able to reduce his barking to almost zero, in fact he only started again when we stopped intervening.

With this in mind, we have worked out a plan to change how he feels about getting into the car and reduce his barking to a minimum and provide some strategies for making car journeys less noisy for all.

Having now dipped back into the world of social media groups, all I can say is, choose your groups carefully, treat what you read with caution. It may seem expensive, but please seek out a professional to help you and avoid techniques which use pain, fear or startle to change behaviour, as the fallout from these may not be what you expected.