Live to Sniff - Sniff to Live 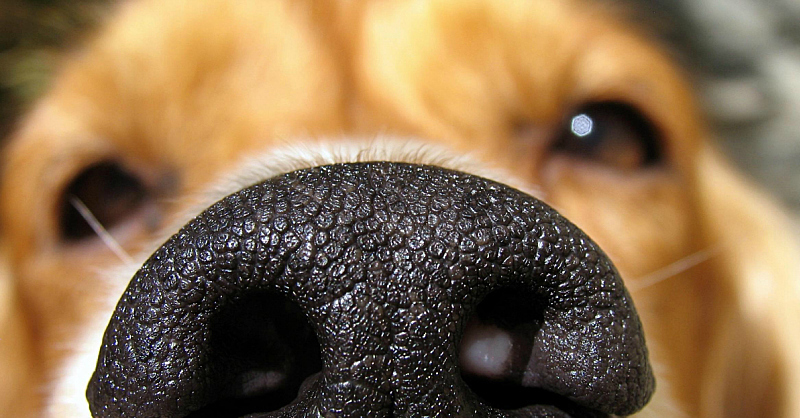 Why did you get your dog? We all know there are a large variety of reasons for people to step into the world of dog ownership, but for the vast majority of pet dog owners, it falls to some form of companionship and this can be a wonderful thing. However, when the dog’s goals and objectives are different to ours, things go wrong and it can result in a very strained relationship.

One of the key things we are told to do when we own a dog is to provide adequate exercise and this more often than not takes the form of a lead walk. Now, if we are diligent, we will walk our dogs daily for a prescribed amount of time and in my experience, this generally falls within 30 minutes to several hours per day. The decision about how much we should walk them is normally based on age, breed, health, activity levels and one of the biggest factors, is the owner’s available time and we will predictably walk them in the morning and evenings and if they are lucky, in the middle of the day too.

But even though we walk our dogs, the reality is that most dogs will spend the vast majority of their day within the confines of their home or kennel. Imagine how boring this would be for us! Imagine being locked in your home for 22 hours a day and then being let out for just two. I am sure a few of us would go a little stir-crazy in this situation and with this in mind, we should not be surprised when our dogs get excited about going out into the world when we mention that magic word!

We must accept that modern life dictates this type of life for many of our dogs and given this fact, we should start to appreciate how important the walk can be for the dog, not least because dogs that are kept in a sterile environment and not given the opportunity to express their normal behaviours, can develop serious behavioural conditions such as continuous pacing, light and shadow chasing, spinning and excessive mounting etc.

Now, you may be an owner of one of those dogs that gets plenty of exercise opportunities but never seems to stop from the moment you go out – they appear to never stop wanting to work or hunt, or maybe they jump around, biting at their lead, mounting, mouthing or they never seem to just chill out in the house unless they are sleeping.

I see too many dogs that are well exercised but still off their heads with boredom or frustration. Improving walks for these guys with some mental stimulation or games and activities that help them calm down, will help immensely.

But how many of us ever sit back and think about the dog and what they would like to do with their walk time? Let’s face it, who is the walk really for?

If I ask this question to owners, I nearly always get told it is for exercise, as the dog needs exercise, doesn’t it?

Sometimes I think the human desire for exercise may take priority and actually the dog may want to do something different. It does sadden me to see dogs being route-marched around next to their owner and only being allowed to stop for the toilet in the misguided belief that they must be the pack leader, or more often now the owner is power walking or jogging to exercise themselves and thinking that the dog can be exercised at the same time.

But let’s look at it from the dog’s perspective – given the opportunity to sniff and investigate the world or march around in a hurry, what do you think they would rather do?

I would love my walk to be exercise for me, but that’s not my dog’s priority. My Dogue de Bordeaux lives to sniff – he loves stopping at every lamppost, corner, road sign, drain etc to find out about all the other dogs that live around us, to check out and leave pee mail and just generally learn about the world around him.

In fact, if he had a motto it would be ‘live to sniff, sniff to live’ so when we walk around the streets, we mostly do so at his pace and he is allowed to take it all in. The walk can be so much more than just exercise. It is great for providing a level of enrichment that if you just march them around the walk, they would miss out on.

So given what we know, those few hours every day when you are out walking are precious to your dog and quite possibly its long-term mental health and this can be even more so if they are not able to get off lead and explore, so why not give it a go and let them do something that they would rather do?

In my dog’s case he loves to sniff and in most instances I am happy to let him take as long as he wants, but why not add in some simple training exercises as you walk along, take a different route, go at a different time of day, change direction and be less predictable, or maybe toss some food into the grass for them to find.

Another really simple exercise that is good for all dogs, but in my opinion especially so for dogs that never seem to switch off, is to help them learn to relax and in effect give them an ‘off switch’ and the great thing about this exercise is that it is really easy do on the walk. Take part of your walking time and instead of just marching around or letting the dog work continuously, go to a quiet place away from lots of people and traffic and just stop and watch the world go by, maybe drop a few treats for your dog to pick up, but don’t do anything, just hang around quietly for five or ten minutes and then walk quietly on.

When was the last time you just stopped and did nothing but relax and how much better did you feel?

So, what is all this talk about walks leading up to? Well, a client I have recently worked with was having some problems with their dog’s behaviour in the house and it appeared on the face of it that one of the biggest underlying causes was boredom. He would regularly look for ways to get the family to interact with him and as usual the only things that worked for him were the things that bugged the family and ultimately this resulted in him doing the wrong behaviour more – dogs do what works!

When I suggested that their dog was bored, they initially could not believe it – they take their dog jogging with them everyday and run several miles at a time – what more could he want? I asked about whether they have ever considered what he was bred to do, what was his breed’s original function and why not give him the opportunity to do some of this in games and training sessions when on walks? This simple change to his walks over a number of weeks has noticeably improved his behaviour both in the home and outside, but ultimately his relationship with his owners.

So, why not do something different with your dog this weekend? Your furry companion will thank you for it!