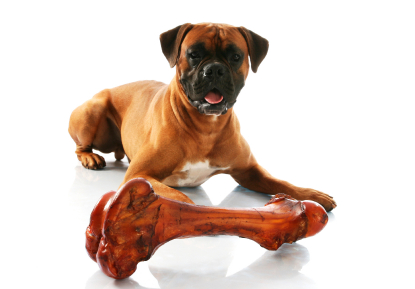 I know I have said this before, but it is interesting to see how certain dog behaviours go in batches. Since writing my last article, I have had a group of cases that have proven this to me again. This month, I have seen several dogs with resource guarding issues – guarding spaces, places, objects, guardians and food items. Now, just because I have seen a lot of dogs with these issues, it does not mean I am seeing an epidemic.

What it is really telling me is that I have seen a cluster of cases and because of what I do, I am more likely to see more, but to complicate this further, these cases never happen in nice even frequencies, it is just that I am seeing more cases than usual at this current moment.

The reality is that I do not even know how many dogs are in my local area, so how do I even know where to start counting from? It could be that the numbers of dogs living locally to me have increased but the cases of resource guarding have remained the same or not increased proportionately to the increase of dogs so this would suggest resource guarding dogs have gone down in number, not up.

So, why do dogs guard? I was told by one guardian that they had been told it was because their dog was the biggest in the litter and another because the litter was so big it had to compete for food. But was it? It could be true, but we just don’t know and what we’re actually hearing are people’s opinions which can be formed on somewhat rather shaky data.

You would think in a world of plenty where most dogs have access to everything they need – food, warmth, shelter and comfortable resting places etc, why would they feel the need to guard from us and other dogs? It’s simple really, guarding is a normal behaviour for dogs which has an adaptive significance and has ensured their ancestors were successful on the playing field of life. Basically, those ancestors of the dog who guarded their food and resources, were the most successful and so those behaviours served dogs well.

These days there are not the same selection pressures on dogs so there is no need for them to resource guard and we now have a situation where being a good resource guarder is not actually favourable for the dog’s survival. Domestication has resulted in dogs becoming a bit of a mixed bag when it comes to whether they will resource guard or not.

Resource guarding is not breed specific either; I have recently seen spaniels, cockerpoos (technically not a true recognised breed) Vizslas, terriers and Border Collies. I have also seen puppies do it as young as ten weeks of age but in most cases, older dogs develop this behaviour as they mature. In fact, three of the dogs I have seen recently had bitten their owners while resource guarding and sadly one of these bites was serious, but not one of the recent resource guarders I have seen had been a bull breed.

Of those that got bitten, two of the owners were under the misguided impression they had to be the boss and when the dog growled, they thought they should make them move/take away their stuff because once the dog thinks it’s in charge, it’s a slippery slope to dog domination.

What this really demonstrates to me is that the commonly held belief that you must be the boss and that there is some kind of dog pack structure in your house, with the dog trying to be top dog, is alive and well even though there is no science to support this.

Ultimately, the real function of this behaviour is to get us to move away and for the dog to retain what it has. They are trying to create distance between you and the thing they want to keep, but if you ignore their warnings through not recognising them or by you challenging them, they have no option but to either concede or drive you away in the best way they can which can sometimes result in a bite.

Often people tell me the snap or bite came without warning, but could you recognise your dog’s more subtle communication? As you approach your dog when they are eating something, chewing a favourite toy, or resting peacefully, do they pick up the object and move away from you, start eating faster as you approach, freeze over the object, give you that ‘hard eye’, ‘whale eye’ or do they growl, snarl, snap or bite?

The above behaviours and associated body language when in context are indicative of resource guarding. The trouble is, we tend to only notice when the dog decides to growl, snarl, snap and bite and as dogs do what works, the next time they may not bother with the subtle warnings and go straight to the ones we do take notice of.

It’s interesting though how times have changed – when I was child, my parents would say to me, “don’t go near the dog while he’s eating or sleeping, you will get bitten”, but now we expect to be able to walk up to the dog and take anything off them without a grumble. We wouldn’t do this to humans and not expect repercussions!

So, what can you do? To start with you need to understand that it is a process that will take time and the great news is that it is a behaviour that has shown to be very modifiable, especially in comparison to something like fear of strangers.

If you suspect that you have a resource guarding dog, you can start with the following steps:

Step 1: Manage diligently – restrict access to your dog’s preferred resting places, for example by closing doors to a room with an area they guard (bed etc), feed the dog in places where you do not have to walk by when they are eating, avoid going up to them when they have items they will want to keep, etc.

If your management systems slip up and they do get something you don’t want them to have, do not try to snatch it back off them, but instead use distractions such as a tossed piece of food to lure them away from the item and when the dog leaves the item behind, pick it up and remove it. If they take it with them, drop the food for them to eat and then toss another piece. You could even try ringing the doorbell and see them run to an imaginary visitor, while you retrieve the item.

Step 2: Get professional help, especially if your dog has already bitten you! They will help you identify body language to take note of, refine your management systems, develop a hierarchy of guarded objects and build a plan for you to follow. If you are not in the position to employ a trainer to help you, it may take a little longer, but it is still achievable with patience and care. Get a great book to help guide you and I highly recommend Jean Donaldson’s Mine.