Don't Let your Dog be a Nuisance 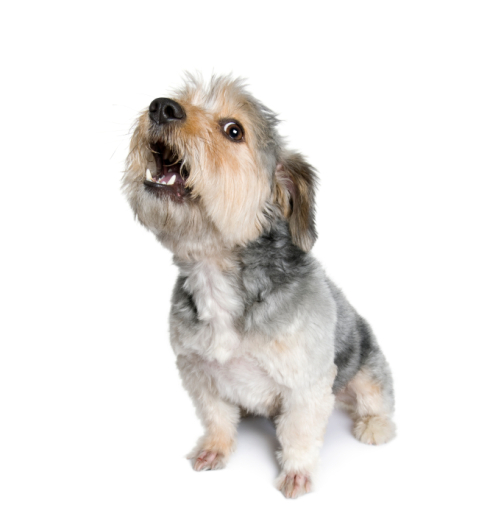 I know you might find this hard to believe, especially just after Crufts, but some people do not like dogs! I know this sounds mad to a dog loving audience but some find dogs’ behaviour at best irritating and at worst grounds for formal complaint to a local authority with the aim of some form of legal action.

With modern UK building practices resulting in population densities increasing, it is inevitable that dogs and people are going to come into contact more and so this will result in some people finding our dogs’ behaviour, grounds for complaint.

I’m not sure if it has always been this way, but it just feels to me that some sections of society have become less tolerant of dogs in general and that social media and legislation gives people a platform to express their upset without actually talking to each other.

I would say the number one problem that brings dog owners into conflict with their neighbours, is barking. I say this because most of the time when I am asked to help with barking dogs it is because the owners have received a complaint.

Let’s first agree that barking is something that dogs do; fish swim, birds tweet and dogs bark. They may bark for a variety of reasons – they may be barking in play, worried about something, frustrated or just plain bored, but whatever the reason why, it is not something you can just switch off like a light.

Now as pro dog as I am, I do have to agree that a dog that is left for long periods of time on its own, that barks continually for hours on end, day after day, may be considered a nuisance and unreasonable for your neighbours to put up with. In fact, there is probably a welfare issue that needs addressing in this scenario too.

Accepting dogs bark, I do struggle to understand why people get upset when a dog barks for just a couple of minutes broken up throughout the day. Some people will not even tolerate a small intrusion into their lives – they notice every noise your dog makes and become very intolerant of everything the dog does, picking up on every single bark. People will literally fall out over the stuff that dogs do and behave completely irrationally.

One of the first questions I ask clients who have received a complaint is; have you talked to your neighbours? An awful lot will reply ‘no’, along with ‘it’s pointless, they just won’t listen’ or they are worried about their reaction.

I have even worked with one owner who had received a complaint from her neighbour about her dog barking and the neighbours who complained also owned a dog that did not stop barking for the full duration of the consult! When I asked if this was normal, the owner told me ‘it’s like this whenever they go out’, I did feel a little sorry for her, especially when she told me she never let it bother her but now if she mentions it to her neighbours, she is afraid they will just think she’s saying it to get back at them.

So, what can you do if you receive a complaint?

Whether you have been spoken to in person or maybe all you have had is a letter through your door, start by trying to defuse the situation – it will be much better than going into battle with them over it. Listen to what they have to say and try to avoid being defensive (it is very hard not to be defensive, especially if you feel you have been done an injustice and the complainant is being totally unreasonable). They will probably tell you that your dog barks all the time, which you know is an exaggeration, but for now just listen and accept your dog probably barks sometimes. Tell them you are sorry that your dog has been a nuisance to them and be sincere, but do not admit guilt. Take them wine, beer and flowers as way of an apology and empathise with them but do not offer things you could not deliver or are prepared to do. Ask them what would make it better for them and negotiate a little, do not promise, but do your best.

Start to gather information about your dog as this will be useful if the local authority get involved. There are a vast array of apps and technology that is available to let you monitor your dog’s activity and I use them often for my own dogs. You want to have something that will record the date, frequency and the duration of barking, when you are away from home. When you are home with the dog, note this information down as this may be important evidence should local authorities become involved. Try to figure out if there are other dogs barking around the area – sometimes it can be an accumulation, certainly when I did this exercise, there were at least three other barking dogs in my location. It is also worth asking neighbours on other sides of the property if they are hearing the same things and make notes of their replies.

If you have irritated a neighbour, there is a fair chance they will be looking for any other opportunity to support their case, so do not give them additional ammunition, always be polite and courteous, make sure you fulfil your responsibilities as a dog owner, clear up after them and keep them under control etc.

Once you have a better idea of the problem you can then start to act. You could call in professional help, but understand that no professional should ever guarantee that a dog will not bark again, that would be unrealistic. The aim of training is to reduce the number of occurrences and the duration of barking to an acceptable minimum.

There are a number of things I could do to assist with this, for example if your dog is bored and under stimulated, we could increase its exercise and give it more things to do when you are absent. Change the time of its walks and make sure it is not left alone for long periods. We could increase the amount of white noise, maybe leaving a radio playing will make them less sensitive to everything going on outside. We could add visual barriers in the way of opaque film on windows, or better still, don’t give your dog access to places where they can sit and bark at the world as it goes by.

If your dogs’ fence-fight with the neighbours’ dogs, you could add a second fence or barrier to keep them further apart. It might be they are just frustrated at not being able to get to each other – could they spend time together if they were all dog friendly? Work with your neighbour to reduce to a minimum when they are out together, do not leave it to your neighbour, encourage them to participate but act as if you were working on the problem alone. Improve your dog’s recall so that they can be called away from boundaries and fence-fights, which will help you when out on walks too.

If you think your dog is barking excessively and/or is worried about being home alone, please seek the help of a competent force-free, reward based professional who will be able to help your dog feel happier about life in a kind, aversive-free way.